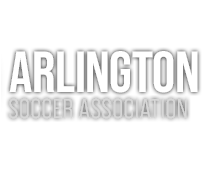 Arlington Soccer provides the highest quality, focused training environment for player development in Northern Virginia. Our technical staff, coaches, administrators, organizational structure and facilities are the best in Northern Virginia.  Arlington Soccer provides exclusive access to a number of leagues including the ECNL, CCL and NCSL. We are focused on providing the highest quality youth soccer experience.

Here are the basics of the U9 Arlington Soccer Travel Program:

Club-Center / Club Pass:  Players may be moved to play with other teams in the club on a week-by-week basis

What is travel soccer and what are its benefits?

Arlington Soccer Association sponsors a travel (select) soccer program.  This is a competitive program for players with above average skills and a strong drive to develop their soccer abilities and love of the game. Boys and girls that are ready to play competitive soccer, want to learn new skills, are ready to make the necessary commitment to play travel soccer and are ready to be coached by a professional, licensed coaching staff will benefit from playing travel soccer.

How will my son or daughter be picked for a team?

Arlington Soccer will run open tryouts in late April/early May for players 9 and under (9U) for the next soccer year and mid-May to early June for all players 10U-19U to form teams for the following soccer year (fall and spring). All players are evaluated during these tryouts by the team coaches and additional evaluators. Selected players are placed on appropriate teams by the coaching staff.

How do I determine the right age group for my child?

Players will tryout based on their birth year.

It's raining / the forecast calls for storms.  Will we have tryouts?

All tryouts are currently scheduled on turf, so they will be held - even in the rain.  However, the safety of the players is paramount so if conditions become unsafe due to thunderstorms or field conditions, a session may be canceled or shortened.  If the staff is able to determine that a session should be canceled with sufficient notice to notify all families, an email will be sent to all registered players no later than 1.5 hours prior to the start of the session.  Frequently, a determination cannot be made until closer to the start of the session (or during the session).  In this case, the staff will notify players and parents at the field.  As mentioned in other communications, parents should remain at the field complex throughout the tryout session in case of any such schedule changes.  Furthermore, there may be situations where a session is suspended due to lightning / thunder, and players are asked to wait in their cars until the weather passes.  The program appreciates your patience and understanding.

What should I wear or bring to the tryout session?

Please arrive at the field at least 15 minutes prior to the start of the tryout session.  At each session, players must check in with a tryout volunteer at the Tryout Coordinator Station. This will allow us to properly notify the coaching staff of the attending tryout participants. When you arrive, you will check-in and be issued a number and safety pins.  Please put the number on the front of your shorts. Please bring this number to all subsequent tryout sessions.

Do I need to attend all the tryouts or do I just pick one?

We ask players to attend as many tryouts as possible for the teams they want to be considered for.

Can my child try out in a different age group?

Players cannot tryout or play in an age group for which they are too old. Even if they miss the cutoff by one day, they cannot play ’down’ in an age group.

Arlington Soccer Policy: No player will be selected for an older age group unless the technical staff determines that the player’s soccer development needs will not be met within their own age group.  Players must receive approval from their Age Group Director to attend tryouts for an older age group team.If you are interested in playing up, please send written approval from your coach and Age Group Director to info@arlingtonsoccer.com

How many players are selected for each team?

How are players evaluated and selected for travel teams?

1) Technical – Can a player handle the ball technically under pressure and in tight spaces?

●       Technical Speed – Can the player handle the ball under pressure?

●       Tactical Speed – Can the player make fast decisions with and without the ball?

●       Does the player bring passion and energy to the game?

Players are evaluated using several criteria. The three most important areas of evaluation are technical ability, speed, and character. Players are evaluated in these and other areas and, if selected, placed on teams that best meet each player’s developmental needs. Players that are not selected for the travel soccer program will be provided with information on other Arlington soccer programs and teams.

Who will be my child's coach?

Coaching assignments will be posted here prior to the start of tryouts.

When and where do travel teams practice?

The club is allocated fields throughout Arlington by the Arlington County Department of Parks and Recreation (DPR). These fields are then assigned to travel teams based on team needs and coach preference. Each travel team will have a different practice schedule.

Travel teams generally practice a minimum of twice a week during the season, for 1.25 to 1.5 hours per practice. Other programs for player development are also available to players within the travel club.

Who do travel teams play?

The club will determine the placement of each team in the appropriate league. Each league determines participation and divisional standings based on a team’s results during each season.

How many travel teams will the Arlington Soccer have in my son’s or daughter’s age group?

The number of travel teams formed in an age group will depend on the number of players who try out and their ability levels. Arlington Soccer will generally form six teams in the 9U and 10U age groups and five teams in 11U and 12U age groups for each gender. In the 13U and 16U age group Arlington Soccer strives to form two to three teams per gender and for the 17U and 19U ASA will usually have one or two teams per gender. These teams are tiered, according to ability, as an ’A’ team and a ’B’ team.

How are teams formed and players selected for each team?

Arlington Soccer strives to tier teams starting at the 9U. This can be a challenge when players are only seen a few times before teams are formed.  In addition, players develop at different rates and may change in just a few months. As a result, the coaches may discuss player movement with families to determine if the movement would benefit the player.

What does it mean to club pass?

Arlington Soccer players have the opportunity to use the 'club pass' to play with other teams in the club during league games and tournaments.  The Arlington Soccer technical staff uses this option to contribute to player development by providing opportunities with different teams within the club.  Designed to improve learning and development, the club pass will assist balanced competition with, and against, like skilled and like-motivated players.

How are the coaches selected for each team?

How much time commitment is required?

For most teams, the fall season begins in mid-August and goes until mid-November, and the spring begins in March and goes through mid-June.  For players selected to a team that will play in the CCL (red or white), they can expect that events may fall outside of this time frame and the expectation is that these events and practices for these events would be the top priority. Typically, high school CCL teams will play their CCL season from August through late February, and may play a spring season. Teams begin practicing 2 to 4 weeks before the start of each season. That means that any other sport should be secondary to soccer training sessions, games and tournaments during these seasons.

Most games are played on Saturdays and/or Sundays throughout the season. Teams usually play one or more pre-season scrimmages and 2-4 tournaments per season, depending upon the age group and competitive level of the team.  Practices are from 1 to 2 hours per session (usually 1.5) and take place at least twice a week. Travel players are expected to attend all team practices and games.

When are tournaments held?

Teams often play pre-season, mid-season or post-season tournaments (3-4 games in a 2- or 3-day weekend). There are no league games on the following holiday weekends—Labor Day, Columbus Day and Memorial Day—so these are popular tournament weekends, along with pre- and post-season weekends. Players are expected to be available to play in tournaments.

How much does travel soccer cost?

Each player pays a ’player program fee’ to play travel soccer with Arlington Soccer. This player fee covers, coach salaries, league and referee fees, State and National registration fees, player insurance, player development programs, administrative expenses, staff salaries and many other expenses. We have a tiered program.  There is one tier for the 9U - 12U players and then three tiers for the 13U and older players. Fees can be found on our website. In addition to player program fees each player pays a “Team Fee” that covers team equipment, tournaments fees, coach tournament travel expenses, winter/indoor/futsal league fees, etc for their team. Team fees can range from $300 - $1000 a player depending on age and team level.

Arlington Soccer makes a yearlong commitment to our professional coaching staff and to our players. We expect Arlington Soccer travel players and families to make the same full-year commitment and pay all fee including team fees.

How and when do I apply for Financial Aid?

The financial aid application can be found here.  Players requesting aid should apply as soon as possible - PRIOR to the start of tryouts.